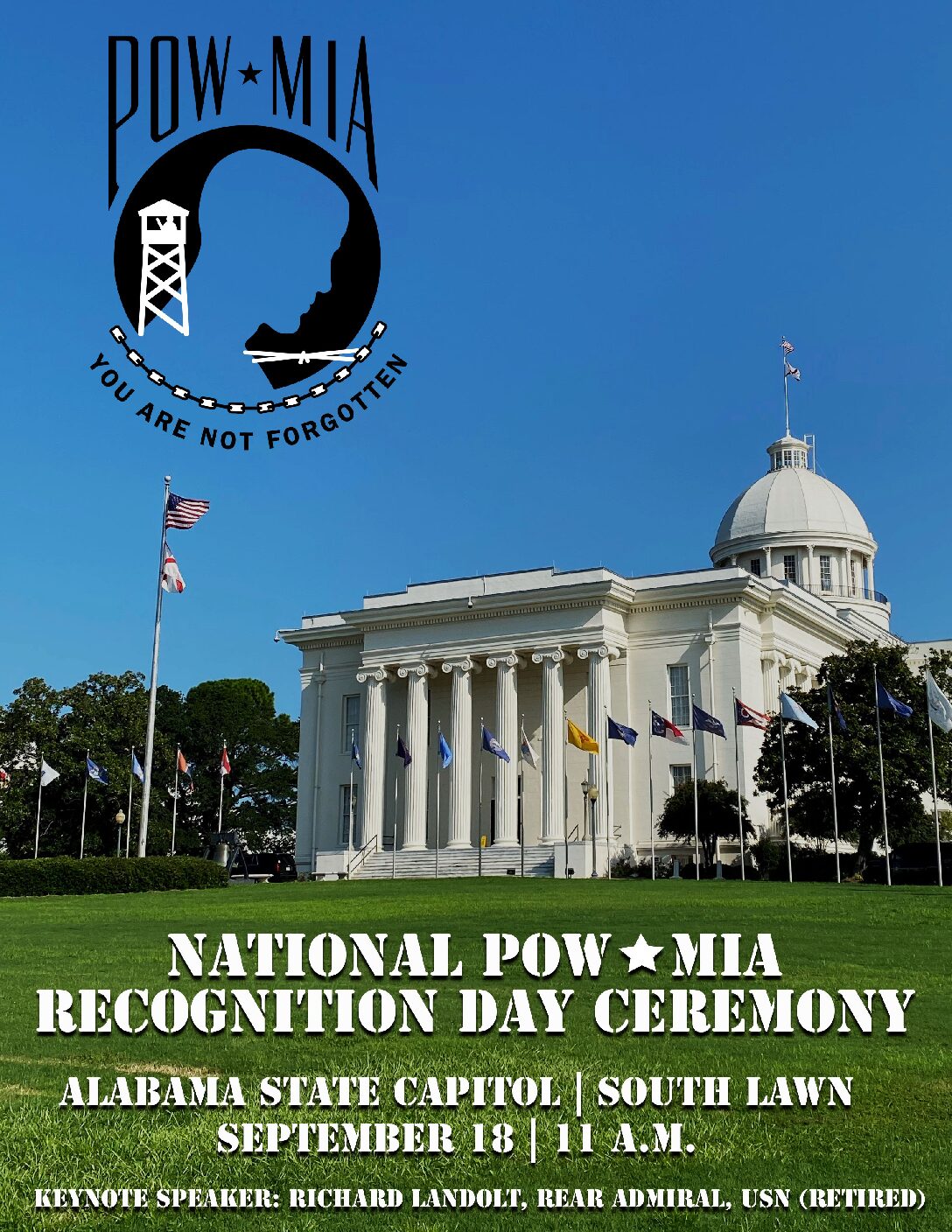 A ceremony to commemorate National POW/MIA Recognition Day will be held on the South Lawn of the Alabama State Capitol at 11 a.m. on Saturday, Sept. 18.

U.S. Navy Rear Adm. Richard Landolt of Mobile will give the keynote address.  Landolt served as Director of Operations and Cyber at U.S. Africa Command and as commander of the Amphibious Force for the 7th Fleet (Task Force 76) in Okinawa, Japan. He also served in the Pentagon as Director, International Engagement on the Navy staff.   The ceremony will include the raising of the POW/MIA Flag, feature patriotic music, a wreath laying ceremony, and the playing of Taps.

The day’s events will begin at 10:30 a.m. with a motorcycle POW/MIA Honor Ride to the state capitol.