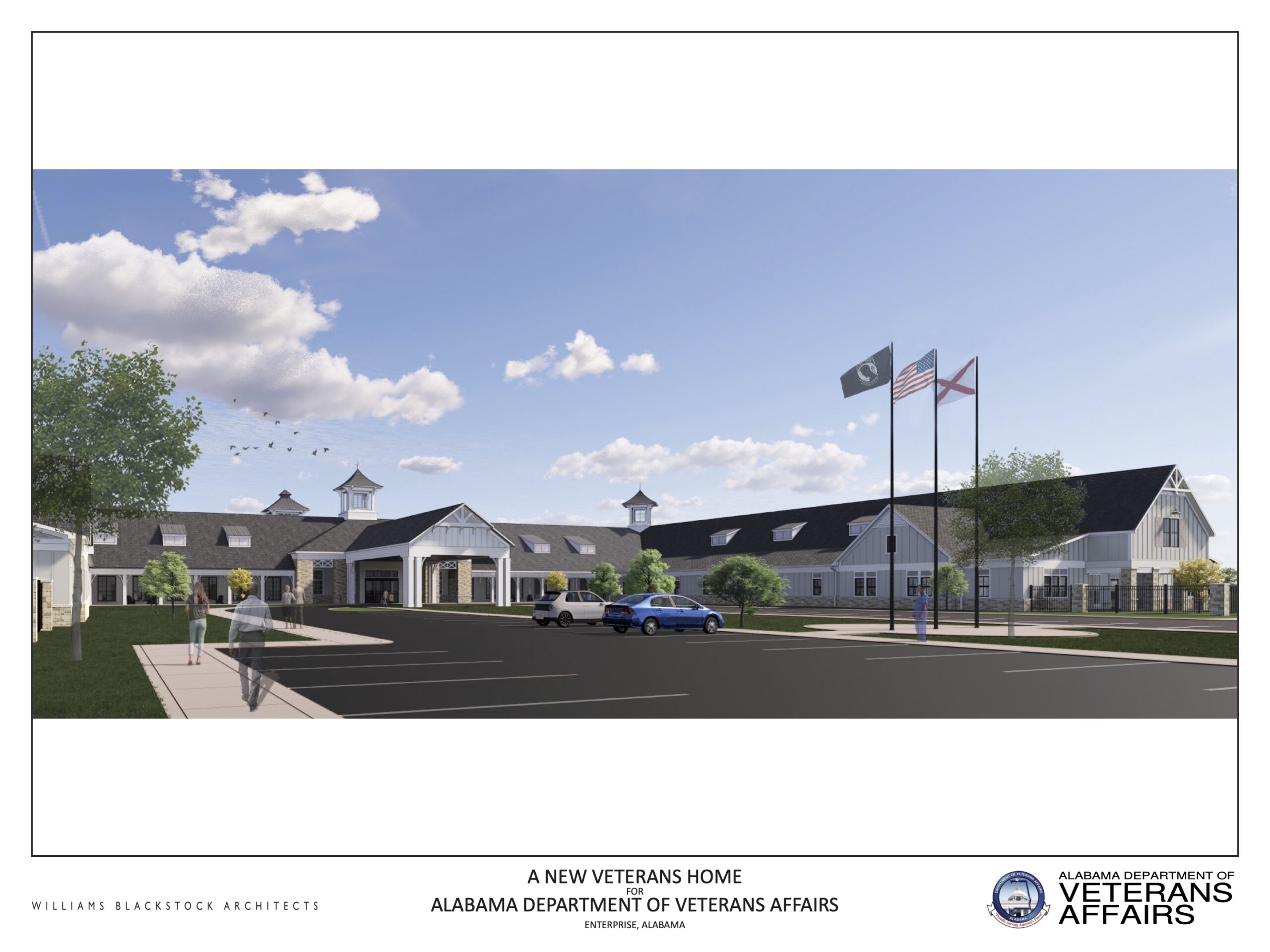 The SBVA made the announcement at its quarterly meeting held at the Enterprise Civic Center with the Alabama Department of Veterans Affairs (ADVA), Enterprise Mayor William E. Cooper, and other city and Coffee County officials present.

Adkins was deployed to Vietnam three times, with his most heroic effort during his second tour leading to receiving a Medal of Honor in 2014. He distinguished himself during 38 hours of close-combat fighting while serving as an Intelligence Sergeant with the 5th Special Forces Group at Camp A Shau in the Republic of Vietnam from March 9 to 12, 1966.

When the camp was attacked, then Sgt. 1st Class Adkins rushed through intense enemy fire and manned a mortar position defending the camp. He continued to mount a defense even while receiving several direct hits from enemy mortars. He temporarily turned over the mortar to another soldier and ran through exploding mortar rounds to rescue several soldiers wounded near the center of camp. By the end of the battle, Adkins was hit 18 times by enemy fire.

“Command Sgt. Maj. Bennie G. Adkins is an American hero who was well-known statewide for his bravery and heroism, especially in southeastern Alabama with his close ties to the community,” said SBVA Vice-Chairman Chad Richmond. “Command Sgt. Maj. Adkins was loved by everyone who knew him, and it is an honor to have his name on the new state Veterans home.” 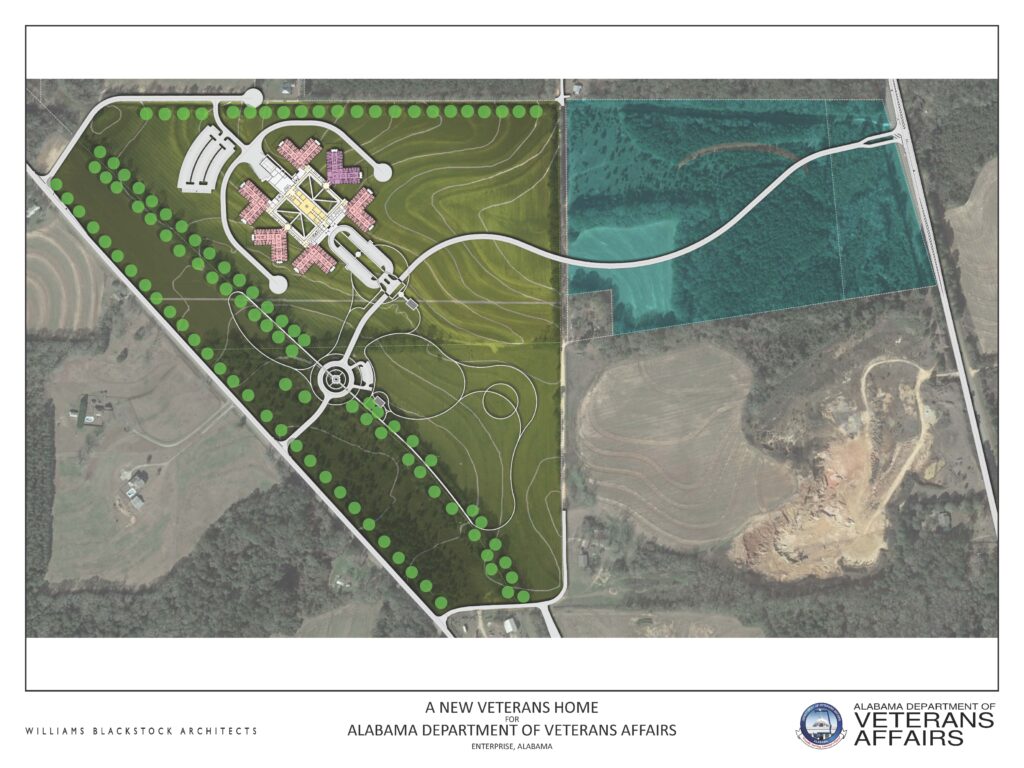 Enterprise was chosen as the new home’s location in early January. The site of the facility will be on 108 acres off Highway 51 just north of Yancey Parker Industrial Park. This location was chosen largely because of the considerable Veteran population in Coffee County. Studies indicate the county, and Enterprise in particular, will see a significant growth in the Veteran population in coming years.

“It’s wonderful to finally be able to share this vision with you all in a tangible form that we can all look forward to and prepare for together,” said Mayor Cooper. “We realize how important it is to meet the needs of Veterans, and we are thankful for the ADVA’s work to do just that with professionalism, integrity, compassion, and commitment.”

Williams Blackstock Architects in Birmingham has been tasked with creating the facility’s design. The facility will be 182,000 square feet and house 174 residents. Once in full operation, it will provide jobs for more than 200 people. 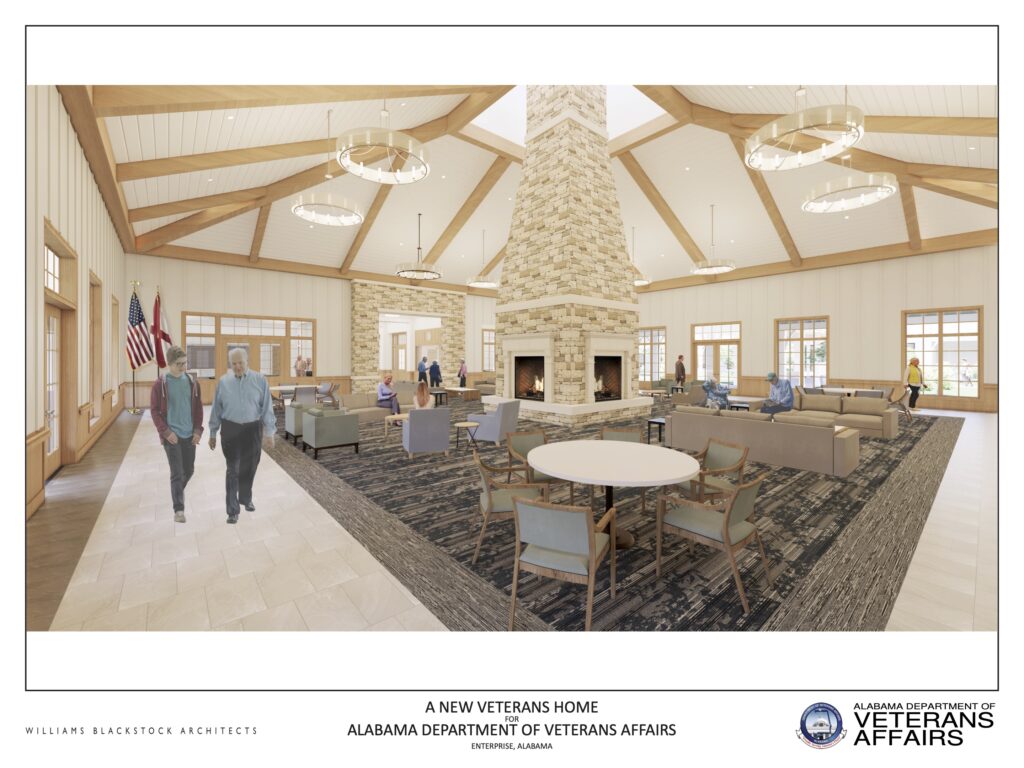 “The Alabama Department of Veterans Affairs is thrilled to continue serving Veterans in the Wiregrass with this new state Veterans home,” said ADVA Commissioner Kent Davis. “Enterprise is proud of its military history and we are grateful for the outpouring of support by the community and its leadership. We’re looking forward to breaking ground early next year.”

Nominations for the new state Veterans home were submitted from the public. Nominations were either in honor of a Veteran, after a person who had a pivotal role in locating the home in Enterprise, or descriptive of the location or region of the home. This will be Alabama’s fifth state Veterans home and construction is expected to be completed in 2024.