The State Board of Veterans Affairs (SBVA) unanimously passed a resolution urging Alabama Legislators to support establishing a health registry and presumptive service connection for Veterans who served on Fort McClellan.

Fort McClellan has a well-documented history with toxic exposure that potentially dates as far back as post-World War II. A 1998 report of a U.S. Army Environmental Center study noted the presence of dangerous contaminates. The report stated that an investigation and cleanup would be needed prior to transferring Fort McClellan’s property to the public domain. In 2005, the National Academy of Medicine recognized that both the groundwater and soil were contaminated.

Despite these findings, the U.S. Department of Veterans Affairs does not acknowledge any adverse health conditions associated with service on Fort McClellan. Military and Veterans who served on Fort McClellan were also excluded from a class-action settlement between the City of Anniston and Monsanto Chemical Plant in 2003.

(A copy of the full resolution is below.) 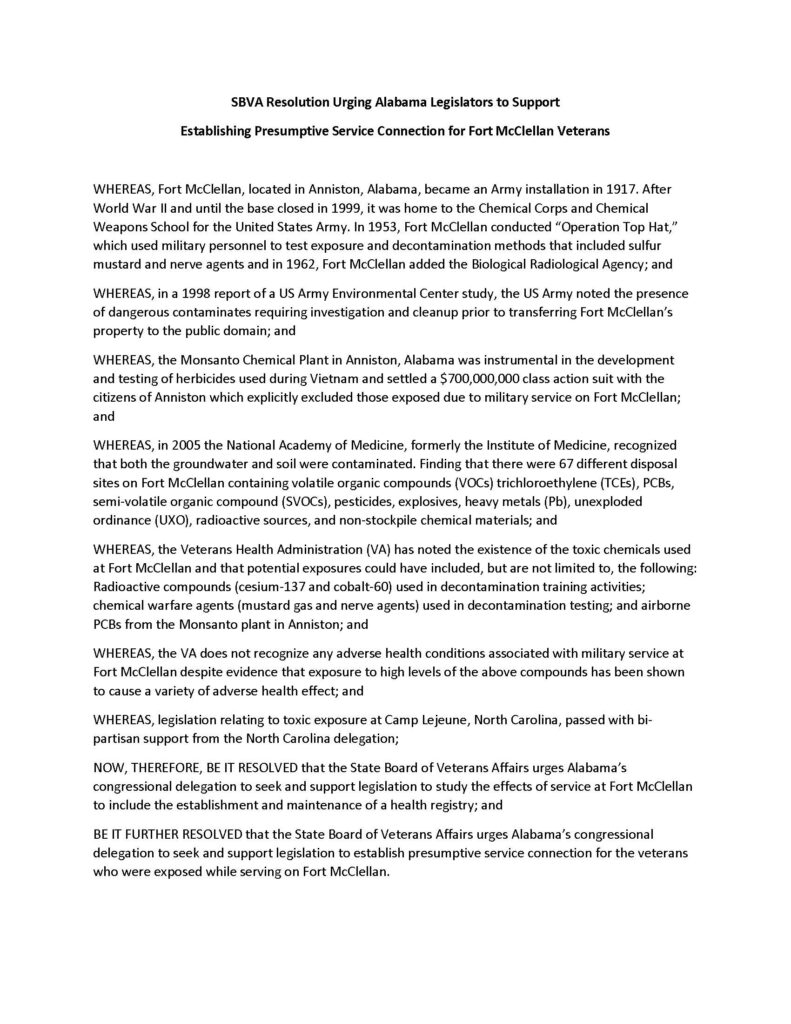