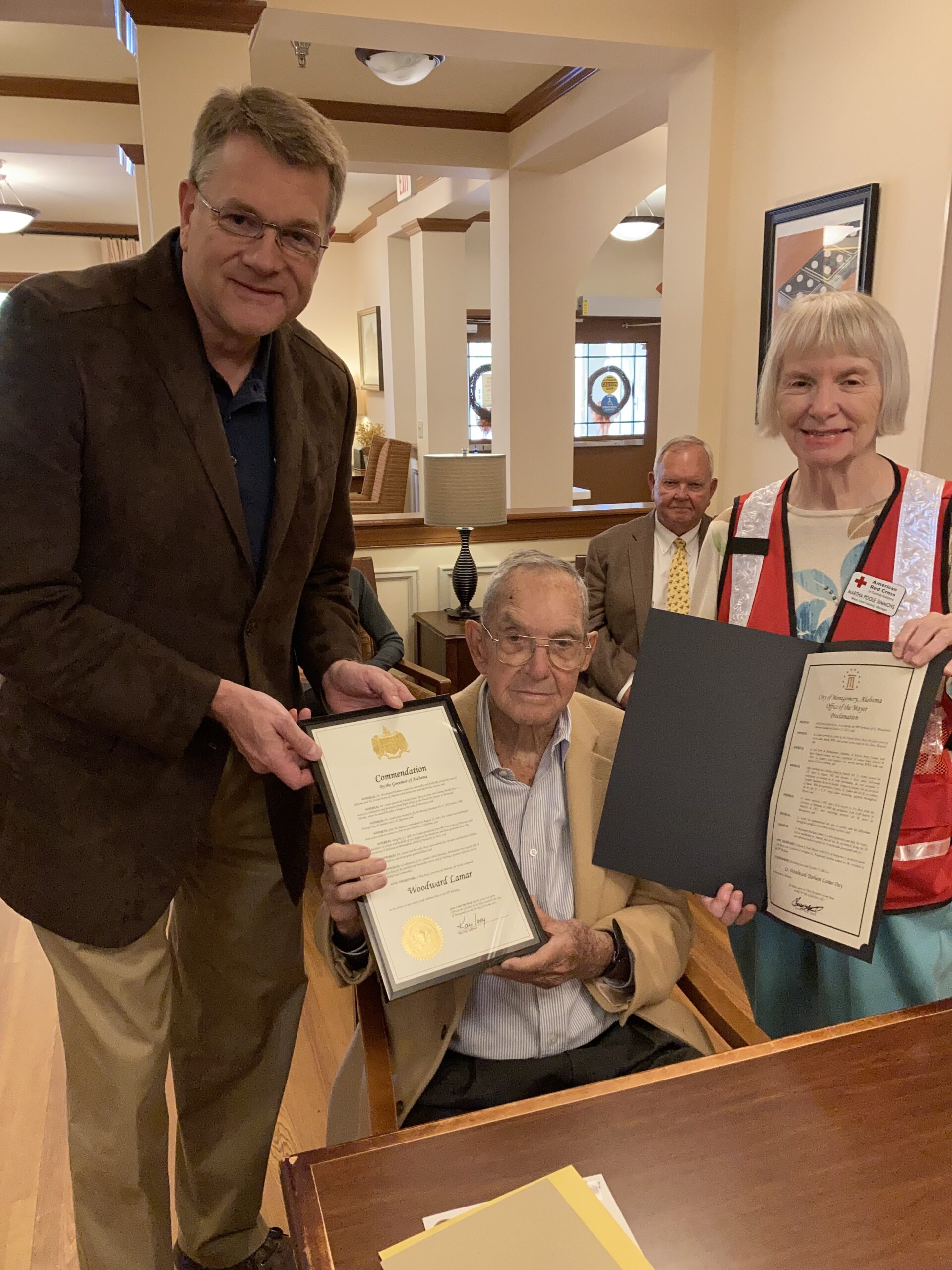 Dr. Woodward Durham Lamar, a World War II Veteran and American hero, celebrated his 99th birthday on October 31 in Montgomery and was honored with a commendation from Governor Kay Ivey and a proclamation from Montgomery Mayor Steven Reed.

Dr. Lamar joined the United States Navy in June 1942 during World War II, received a commission, and graduated from flight school at the Naval Air Station at Pensacola, Florida, where he earned his pilot’s wings at the rank of lieutenant.

Dr. Lamar was trained to fly the Boeing-Stearman PT-17, SNJ trainer, TBF Avenger torpedo bomber, and C-47 Skytrain. After the Japanese surrendered on August 15, 1945, Dr. Lamar was discharged from active military service in 1946 at San Francisco.

Dr. Lamar and his wife, May, were married for 48 years and had four children, nine grandchildren and seven great-grandchildren.