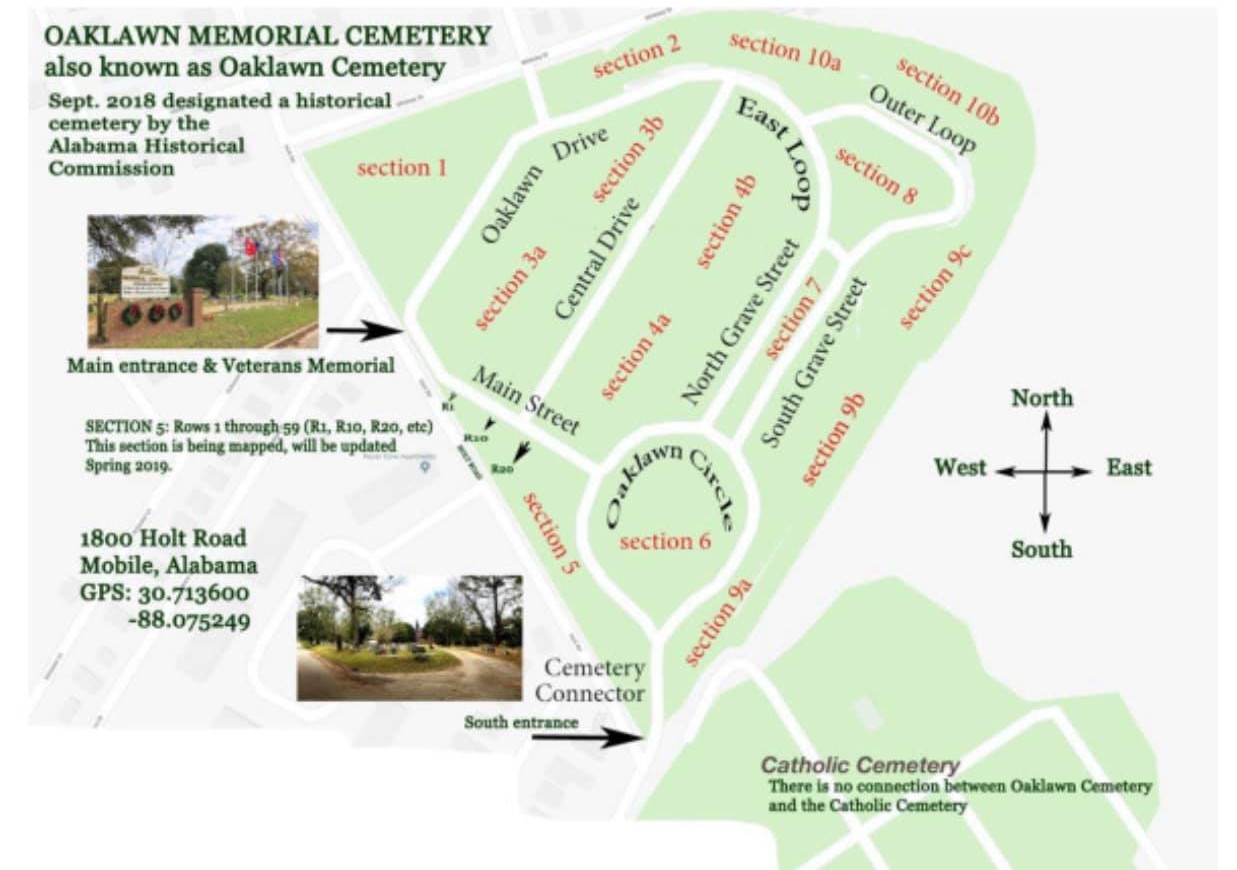 Veterans Memorial Recovery Team (VMRT) has scheduled a cleanup campaign at Historic Oaklawn Memorial Cemetery on February 5 from 8 a.m. until 1 p.m. The cemetery is located at 1850 Holt Rd., Mobile, AL 36617.

Volunteers are asked to meet in front of the military flag poles at the cemetery for a briefing at 8:00 a.m.

All volunteers will be welcome, even if they cannot stay the entire day.

Oaklawn is the burial site for Mobilians such as Mattie T. Blount, a pioneer educator in Mobile; Josephine Allen, founder of the historic Allen Institute; Aline Jenkins Howard, first queen of the Mobile Area Mardi Gras Association (MAMGA); Yvonne Kennedy was president of Bishop State Community College from 1981 until 2007. She also represented Mobile in the Alabama House of Representatives from 1979 until her death in 2012 and was a former chair of the State’s Legislative Black Caucus; Capt. Leon C. Roberts, a pilot and member of the Tuskegee Airmen, died in Italy in 1944 when his P-51C Mustang crashed. He is memorialized at the USS Alabama Battleship Memorial Park; John Lafayette Finley, Jr. was a World War II Veteran, serving in the U.S. Army in the South Pacific and received The Bronze Star for meritorious service. John opened Finley’s Pharmacy #1 in 1950, he and his brother, James H. Finley, Sr., established Finley’s #2 in 1959. James eventually opened six stores launching the first African-American chain of drugstores in Alabama.

The rich history of those interred at Historic Oaklawn Cemetery deserves to be preserved.

“The greatest way to honor our history is to never forget it, and to honor and care for those who took care of us!’ — Karlos Finley, 3rd generation veteran, USCG.

Children age 8 years and older are welcome, but be aware there may be some heavy equipment in the area.