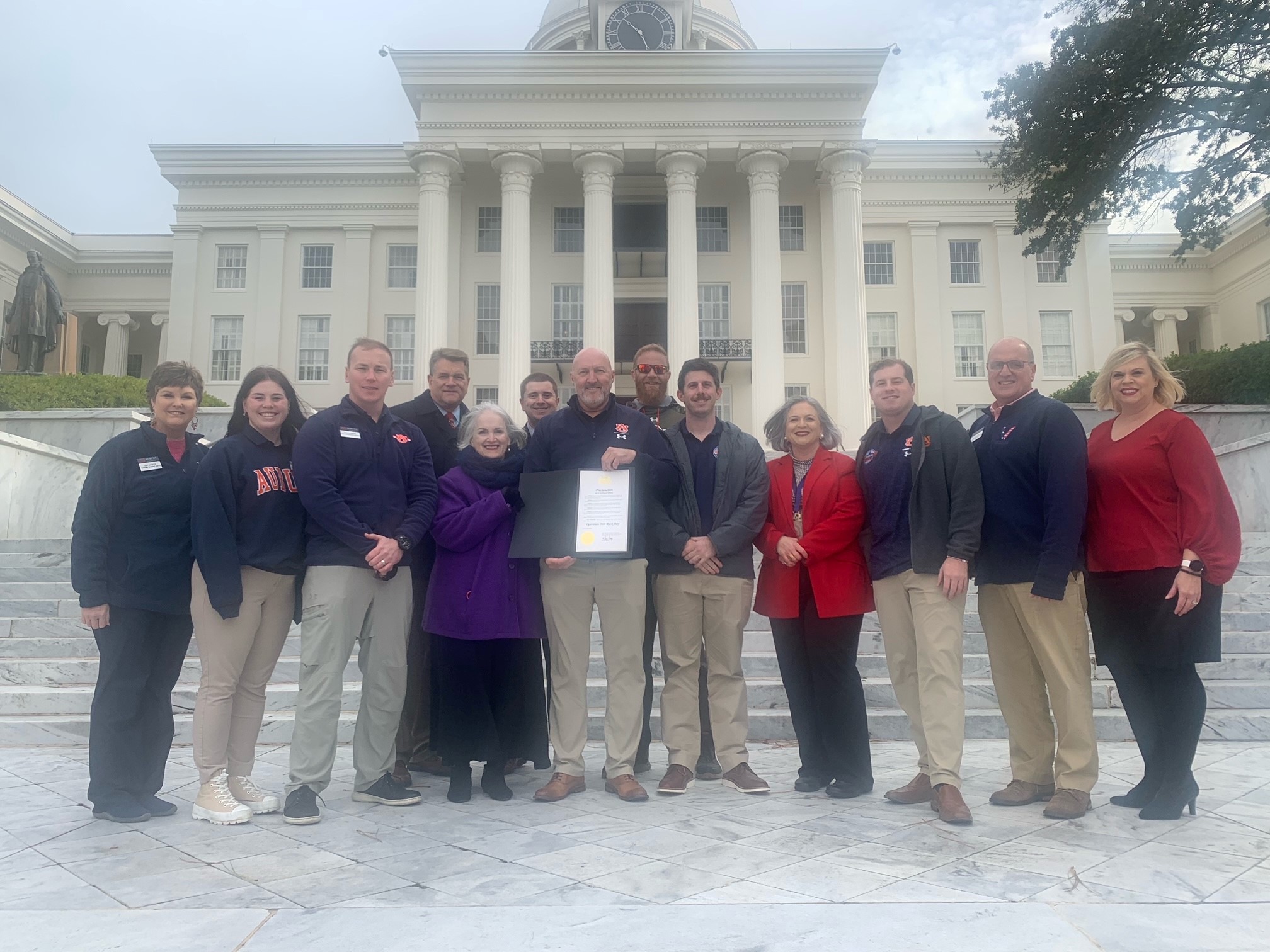 The Alabama Department of Veterans Affairs (ADVA) welcomed student veterans from the University of Alabama and Auburn University involved in Operation Iron Ruck on Wednesday to donate items needed for the annual ruck march.

Operation Iron Ruck is a four-day, 151-mile ruck march from Auburn to Tuscaloosa will take place November 23-26. Participants from the student veteran associations carry 22-pound rucksacks that contain donated items that the students will deliver to charities that assist Alabama’s Veteran population. 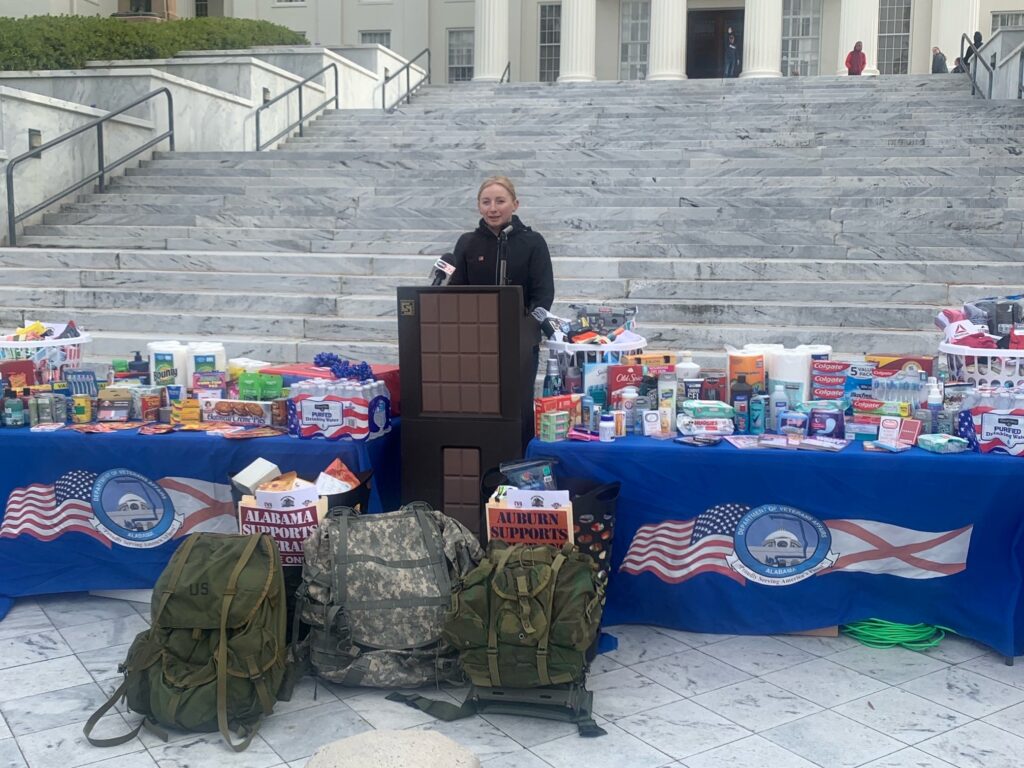 Representatives of Operation Iron Ruck, which raises awareness for Veteran suicide prevention, became partners of Alabama’s Challenge for Preventing Suicide Among Service Members, Veterans, and their Families in 2021. Alabama’s Challenge is comprised of numerous state departments, including ADVA, the Governor’s Office, the Alabama Legislature, the Alabama National Guard, and numerous nonprofits around the State of Alabama.

“It speaks volumes that the Alabama and Auburn student veterans associations set aside their rivalry during the week of the Iron Bowl to work together in raising awareness about veteran suicide,” said Kent Davis, who serves as the Commissioner of the Alabama Department of Veterans Affairs and Co-Chair of Alabama’s Challenge. “This march establishes a connectedness and level of support that has a lasting impact within the veteran community. I’m proud of both universities and all participants for the work they are doing to help raise awareness for veteran suicide.”