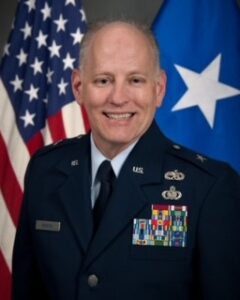 MONTGOMERY, Ala. — Alabama Department of Veterans Affairs (ADVA) Commissioner Kent Davis has appointed Jeff Newton to serve as the department’s assistant commissioner of operations and chief of staff.

“I am extremely grateful to have the opportunity to serve our veterans and to work alongside the dedicated men and women who lead the ADVA in providing the highest quality of care and services to those who have served our country,” Newton said.

“Jeff brings with him a wealth of operational and leadership experience that gives him the right skill-set for managing the department’s daily operations and delivering quality services to Alabama veterans, their dependents and survivors,” said Davis.

Newton has command experience at various unit levels to include serving as squadron and group commander, and vice commander of the 117th Air Refueling Wing based in Birmingham. Newton enlisted in the Alabama Air National Guard in 1980 and received his commission in 1989. He rose through the ranks to brigadier general and retired from the Alabama Air National Guard in February.

Newton is a graduate of the Air War College, Maxwell Air Force Base; Space Executive Course, National Security Space Institute; and the Joint and Combined War Fighting School, National Defense University. He holds a Bachelor of Science in Business degree from Samford University and a Master of Business Administration degree from Auburn University.