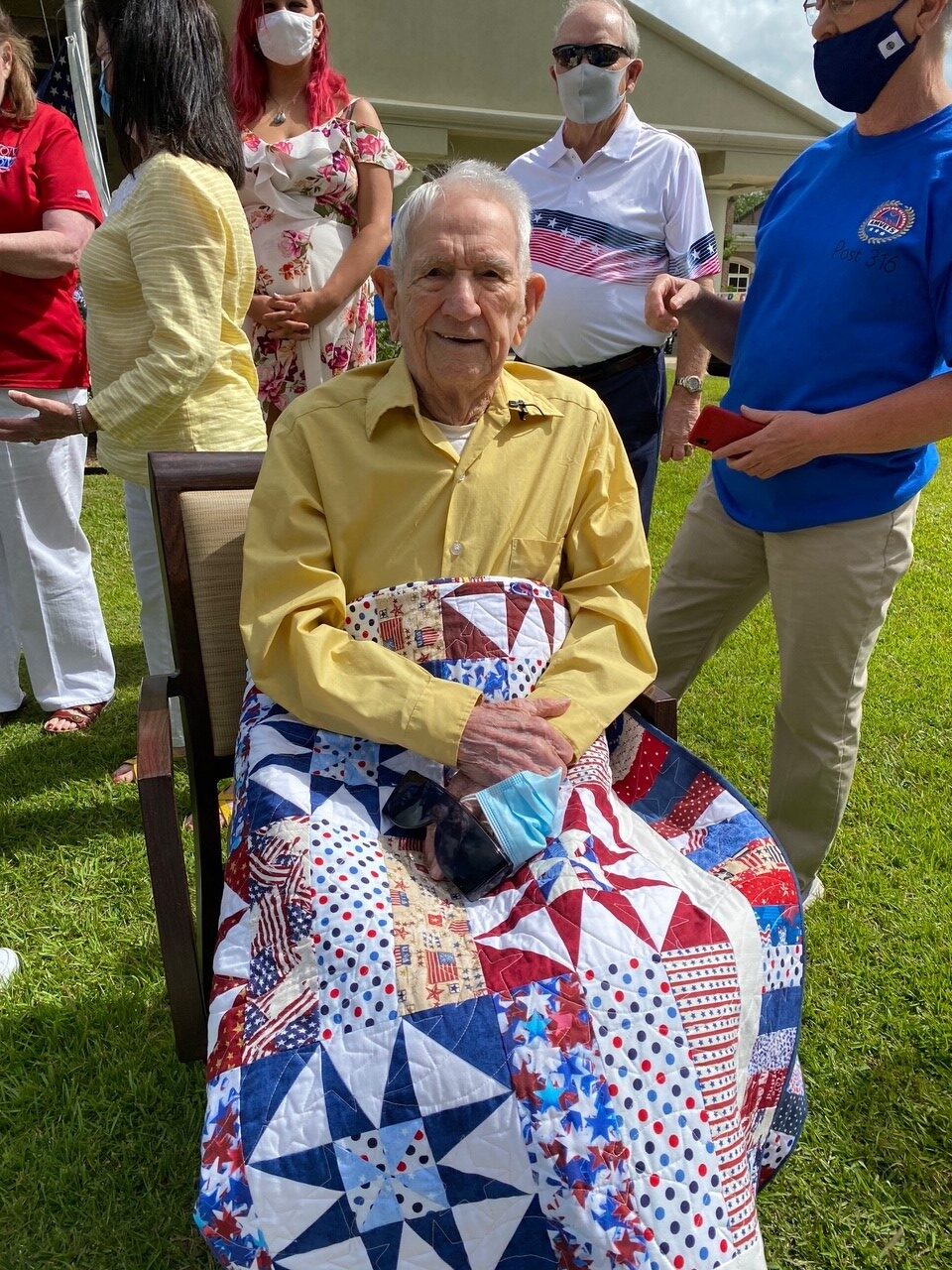 Henry Burgess watched with enjoyment Friday morning at the William F. Green State Veterans Home in Bay Minette as a parade of motorcycles and cars sported signs and banners wishing him a happy 100th birthday.

The Patriot Guard Riders and the VFW hosted the parade, which concluded with a dismount and salute to Burgess. He was also presented a quilt from Quilts of Valor Foundation.

Burgess, a life-long Mobile resident, served from 1942-46 and fought for 33 months in the China Offenses in Burma during World War II with the Army Air Force. He has multiple decorations and citations, including the American Campaign Medal, Good Conduct Medal, and Asiatic-Pacific Service Medal with three Bronze Stars.

As Burgess celebrates this milestone, he continues being one of William F. Green’s most active residents, often playing – and winning – bingo and visiting other Veterans in the home. On Friday, he spent his birthday with his family. Burgess was married to Mary Rachel Burgess for 70 years prior to her passing in 2016, and they have four children, eight grandchildren, 14 great grandchildren, and one great, great grandchild.