ADVA Commissioner Kent Davis and additional ADVA staff were joined by the State Board of Veterans Affairs (SBVA), representatives from the Alabama State Legislature, and officials with the City of Enterprise, Coffee County, and Fort Rucker, as the new state-of-the-art long-term healthcare facility for Alabama Veterans was recognized. 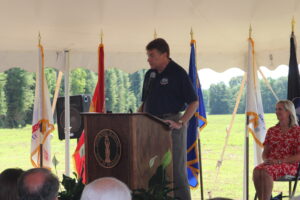 “This is a wonderful day for the Alabama Department of Veterans Affairs and State Board of Veterans Affairs,” Commissioner Davis said. “We are thrilled to have such a large crowd from the community to join us in beginning the process of building the Command Sgt. Maj. Bennie G. Adkins State Veterans Home, which will serve as a wonderful home for many of our nation’s heroes in the Wiregrass.”

Enterprise was chosen as the new home’s location in early January 2020. The site of the facility will be on 108 acres off Highway 51 just north of Yancey Parker Industrial Park. This location was chosen largely because of the considerable Veteran population in Coffee County. Studies indicate the county, and Enterprise in particular, will see a significant growth in the Veteran population in coming years.

The Command Sgt. Maj. Bennie G. Adkins State Veterans Home will be approximately 182,000 square feet and house 174 residents. It is expected to provide jobs for more than 200 people in the community.

“As Mayor of the City of Enterprise, this is an exciting and fulfilling occasion for me, our community and the surrounding communities as well,” said Enterprise Mayor William E. Cooper. “Veterans and active-duty military members are close to our hearts here in Enterprise and the Wiregrass. And that makes us especially proud and honored to be able to play a part in providing a new facility where veterans will receive care, kindness and comfort for many years to come.”

Construction will begin later this year. The facility is expected to be completed in 2024. 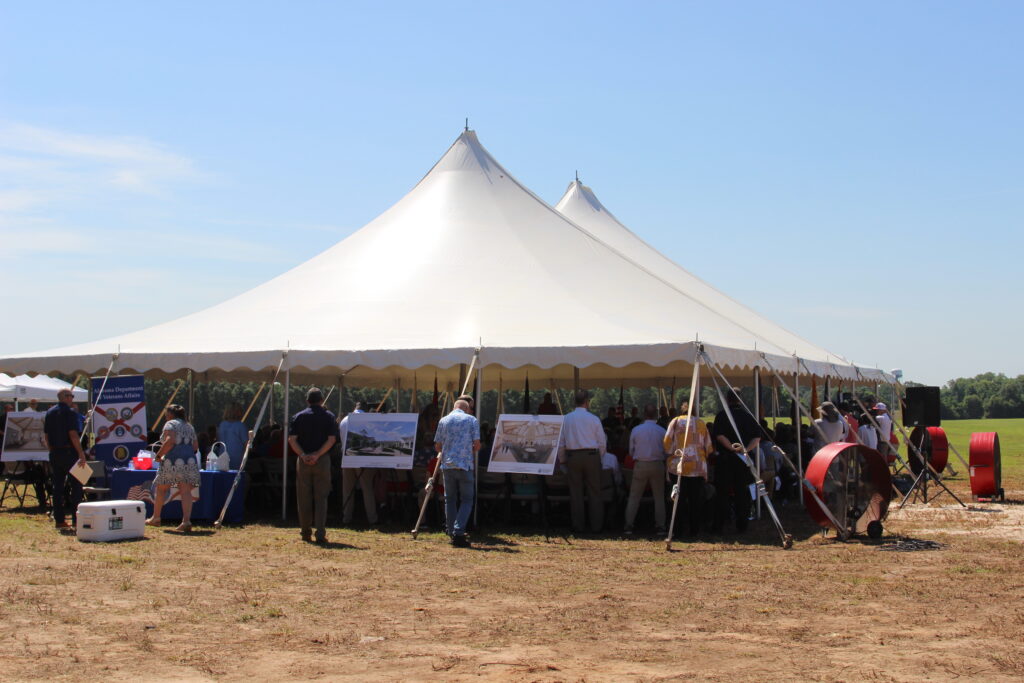