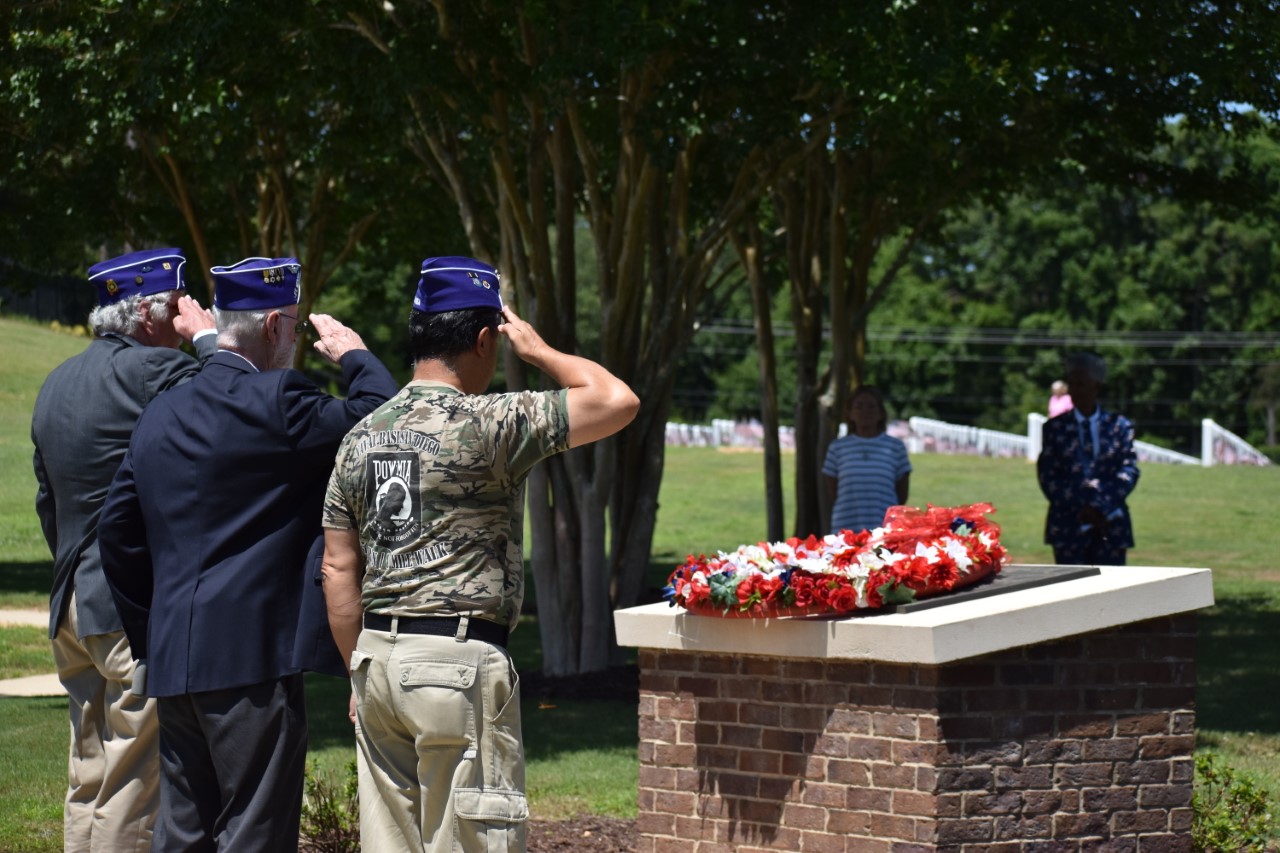 On May 30, the Alabama Department of Veterans Affairs (ADVA) commemorated the sacrifices of the men and women who have died while defending the liberties that we have and enjoy as Americans.

As observations take place around Alabama and the United States, it was with gratitude and respect that our fallen heroes were honored this morning during a ceremony at the Alabama State Veterans Memorial Cemetery at Spanish Fort.

The commemoration featured a wreath-laying ceremony, accompanied by folding of an American Flag, a moment of silence followed by a rifle volley, the playing of Taps, and an Honor Guard salute. The cemetery also had an American flag at the grave of each fallen Alabama Veteran, which were placed by local members of the Cub Scouts and Boy Scouts of America.

“We are eternally indebted to those we honor today,” said ADVA Commissioner Kent Davis. “They have paid the supreme price to keep the torch of liberty burning. May God bless all of them. May God continue to bless our great country and state, and may God bless all of our military, Veterans, and their families for their service.”